Erik:     Joiing me next on the program as our first feature interview guest this week is Dr. Ellen Wald, author of Saudi Inc. – The Arabian Kingdom’s Pursuit of Profit and Power.

Ellen, I think even you have been surprised by how many people are talking about this book. It seems to be on everyone’s mind. And I know the approach that you took was to try to explain to your readers not the outside perspective but the inside perspective on Saudi Arabia, how they think about the oil market, and what they think that things are all about.

So please give us the high level – unfortunately, we don’t have time today to go into all of the fantastic detail in your book. But, at a high level, how does Saudi Arabia think about the oil market?

And particularly, help us understand – so many investors are confused. It feels to us outsiders like in 2014 they really shot themselves in the foot, basically, crashing the oil market, cutting off their own sources of revenue.

Was it really an act of incompetence as some people thought? Or did they just see things differently? What’s going on?

DoubleLine’s Jeffrey Sherman: Bond Market Pausing but Not Over! 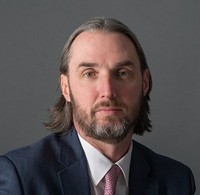 Erik:     Joining me next on the program is DoubleLine’s other Jeffrey, Jeffrey Sherman, who runs the Strategic Commodity Fund for DoubleLine.

Jeffrey, thanks so much for joining us on the program. Let’s start with the big picture. Jeff Gundlach famously called, to the day, the top of the secular bull market in bonds. I think on that day it was 1.32 or something intraday?

And I think it was on that afternoon that Jeff Gundlach declared, okay, this is it. And, sure enough, we’ve been all downhill in price, uphill in yield from there.

Now, for a long time, you guys were saying, hey, past 3%, that’s really the confirmation line where you get past there and it’s really game on. But you’ve changed your view recently. And, as I understand it now, DoubleLine’s view is that, as long as the 30-year stays under 3.22, probably the 10-year yield will be contained. At least for a little while.

So that begs the question: Why is the 30-year suddenly the gating factor? What’s the whole rationale here? Where do you see things? Give us the big picture of Treasury yields.

Jeffrey:            I wouldn’t say it’s as much of a change in view as waiting for confirmation to the marketplace. And so, as your listeners are well aware, no one wants to hang their hat on one single factor when predicting markets, even if it is trying to predict the yields and looking at one specific yield. 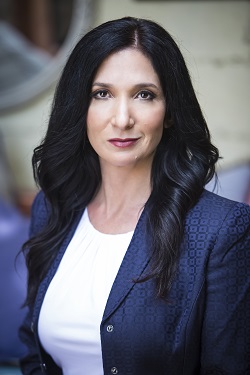 Erik:     Joining me next on the program is author Nomi Prins. The new book, just out, is Collu$ion: How Central Bankers Rigged the World, the story of quantitative easing – not just the Federal Reserve, but central banks around the world.

Nomi, thanks so much for joining us on the program. Why don’t we go back to 2009? It’s spring of 2009, everybody’s panicking, it seems like the sky is falling. And the Fed announces QE1. And, at the time, what everybody in the industry was saying is, oh boy, money printing. This is going to lead to runaway inflation. That’s going to be the risk.

And, of course, what’s happened has been anything but runaway inflation. I think, at the same time, a lot of people didn’t understand. We thought the bill of goods that was sold to the public, frankly, was that they were going to be creating new money supply to benefit the general economy, to help Joe Mainstreet to get back on his feet. And it seems like the money that’s been created has helped asset markets but it hasn’t done a lot for Main Street.

So what did they actually do? And why was it not inflationary the way so many people feared.

Nomi:  Well, actually, what they did was inflationary for asset markets. And that’s the irony of it. And that’s actually how we know that simply electronically conjuring money or printing money wasn’t the way to sustain strategic on-the-ground growth.

And so the fact that we’ve had over 21 trillion dollars throughout the world – and up to $4.5 trillion on the side of the US, with the Federal Reserve manufacturing money, and not becoming inflationary from an economic standpoint – simply shows up how much it was really inflationary from a financial asset perspective.

Had the money really gone into the real economy, we probably would have had inflation. And that would have probably capped the level of financial asset inflation. But it just didn’t go there. Nor was it funneled in a way such that it would go there.

So our biggest time that it didn’t really work to do what the narrative was that it would relate to growth is that we didn’t have inflation. But we had asset inflation.

Dr. Lacy Hunt: The Bond Bull Market is NOT over!

Erik:     Many investors claim to have been around way back in the day when Alan Greenspan was Fed Chairman. Today’s guest, Dr. Lacy Hunt, defended his PhD thesis 50 years ago in 1968, back when William McChesney Martin headed the Federal Reserve. He served as HSBC’s chief economist and has held many other very senior roles in the industry.

Today he is with Hoisington Investment Management and he has been spectacularly consistent and spectacularly right about Treasuries for many years.

With so many other experts in the field declaring that the bond bull market is over, and that a new secular bear market in bonds in on the table, Dr. Hunt, we wanted to get you back for your view. Do you agree with the people who are saying, okay, that’s it, it’s over? And, if not, what is the bullish argument for the bond market?

Lacy:    I do not agree, and I have to admit it’s a lonely position. My view is that we are going to see lower long-term Treasury bond yields in the years ahead. I think the best and most complete and consistent theory of interest rates was provided to us by the late Nobel laureate, Milton Friedman. And the main conclusion of Friedman’s theory is that monetary decelerations such as we’re having today ultimately lead to lower interest rates and not higher interest rates.

What Friedman had in mind is that, when the Fed engages in a tightening of monetary policy – what he called a liquidity effect – this tends to raise the short-term rates, but it begins to restrict the flow of money and credit. If this liquidity effect is repeated several times, it will eventually produce a countervailing income effect in which the rate of increase in interest will be slowed as the economy begins to moderate its rate of expansion.

Juliette Declercq: The bear argument for the USD 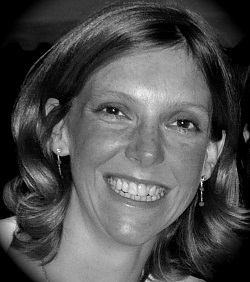 Erik:     Joining me now is JDI Research founder, Juliette Declercq. Juliette prepared a fantastic chart book that you’re not going to want to miss. So I strongly encourage you to download it now, as we’ll be referring to it throughout the interview.

Registered users will find the download link in your Research Roundup email. If you’re not yet registered, just go to macrovoices.com and look for the red button labeled Looking for the Downloads above Juliette’s picture.

Juliette, thanks so much for coming back and joining us again on MacroVoices.

Juliette:           Well, Erik and Patrick, thank you very much for having me on such a high-caliber podcast. Now, Erik, I know that all you want to know is where the dollar is going. And I’m afraid 2017 was rather straightforward and 2019 may be straightforward as well, but 2018 is a transition year and a time to be more tactical.

I’ve not found the magic recipe yet this year. So this interview will focus on my thought process for you to extrapolate your own tactical game plan.

I have put together a chart pack of exclusive macro pictures. Some from my CIO-tailored reports and some created just for you guys. Please make sure you download it, because I will refer to it through the whole interview. And, also, you know that my motto at JDI is “better a good chart than a 10-page waffle.”