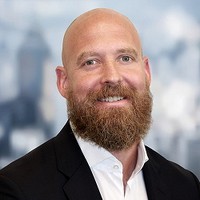 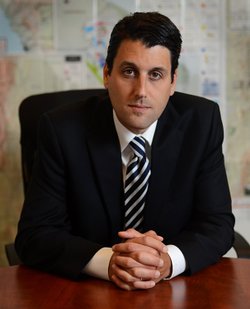 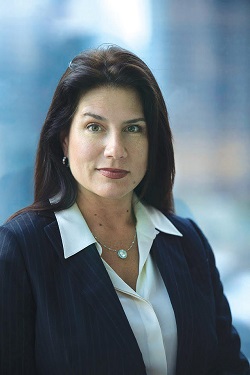 Erik:     Joining me next on the program is Danielle DiMartino Booth, author of Fed Up. Danielle and I spoke off the air and agreed since we already did a full-length interview on the book we’re going to leave that alone.

But, before going on, I just want to suggest to all of our listeners that if you missed that interview, it was an excellent one. Fed Up is an excellent book. It’s the inside story from Danielle’s experience at the Dallas Fed talking about how the Fed works from an insider perspective. It was a fascinating book. I couldn’t put it down.

We’ve decided not to focus on that though. You can go back and listen to that entire interview. It’s still there, free of charge at macrovoices.com.

Danielle, let’s move on. That book was entirely about the historical perspective of all the things that have been wrong with the Fed in your experience and you’ve been very outspoken in your critique.

There is a new horse in town, though. Jay Powell is a different kind of Fed Chairman, or so it would seem to a lot of people. What’s your take on Jay Powell? Is this guy a different story? Are you optimistic? Or is it more of the same?

Danielle:          I’m cautiously optimistic. I have not founded the Jay Powell fan club just yet, but many of the things that he has done since becoming Chair of the Fed, I predicted that he would do and held my breath. And then he did them. So I’m happy as a barking seal.

One of the first things I wrote about him was that he had no agenda at all. He did not have to be at the Fed. This is a gentleman who worked for a dollar salary to educate the Congress on the perils of the United States defaulting on its debt.

And has absolutely no political fight to pick. He has no economic agenda. He’s not a PhD in economics. He doesn’t sit in a Keynesian camp or an Austrian camp, for that matter. He’s a pragmatist with a markets background and appreciates the intersection of the two.

And he also cares for taxpayer dollars, because one of the first things he did, which I implored him to do, was to implement a press conference after every Federal Open Markets Committee meeting, which, as we know, is beginning in January. So that means we have eight live meetings a year instead of what we have been contending with since Bernanke imposed the press conference at every other FOMC meeting policy years ago. 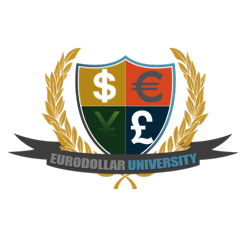 Erik:     Welcome to Part 7 of MacroVoices Eurodollar University with Alhambra Investments CIO, Jeffrey Snider. I’m your host, Erik Townsend. There is a slide deck to accompany this podcast and we recommend that you download it before listening, as we’ll be referring to the charts and graphs it contains throughout this program. You’ll find the download link, along with the other parts of this series at https://www.macrovoices.com/edu (for Eurodollar University).

At the end of the last episode, Jeff explained in detail how the system had broken down to the point where collapse was accelerating and starting to get out of control. Now let’s jump back in right where we left off as Jeff starts to explain the Fed’s efforts to intervene. We’re on Slide 93 on the PowerPoint deck.

Erik:     Okay, Jeff, given that description of the problem, moving on to Slide 93, where and how does the Fed try to intervene, and how successful are they?