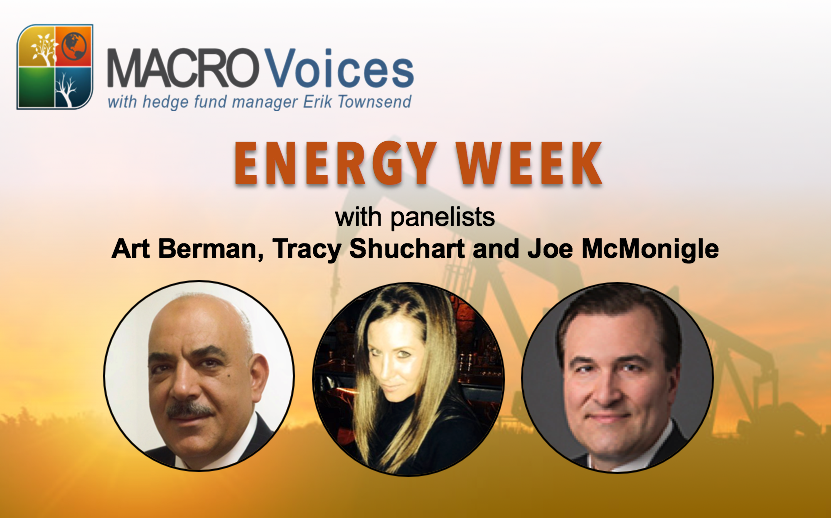 Get embed code for this episode. | For other embed code options click here. | Download the audio MP3 file (34.93 MB) .

Joseph McMonigle is the senior energy policy analyst with Hedgeye Risk Management.  In addition, he is also the president and co-founder of The Abraham Group LLC, an international strategic consulting firm focused on the energy sector and based in Washington, D.C.

Mr. McMonigle is the former Vice Chairman of the Paris-based International Energy Agency, an international organization of oil consuming countries, whose core mission is to work for stable energy markets and respond with joint measures to meet oil supply emergencies.  He also served concurrently as U.S. Representative to the IEA (2003-2005).

In addition, Mr. McMonigle served as Chief of Staff at the U.S. Department of Energy, a cabinet department with a $23 billion budget and over 100,000 federal and contractor employees (2001-2005).

Before joining the Bush Administration, Mr. McMonigle was the administrative assistant and general counsel to a United States Senator.  He is also an attorney and member of the Energy Bar Association as well as the Pennsylvania and District of Columbia bars.