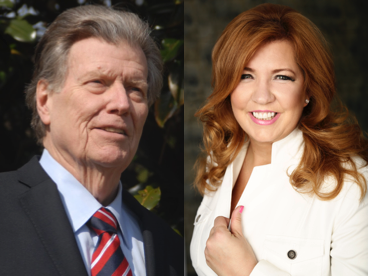 A renowned speaker and writer on global finance and geopolitics, Dr. Harald Malmgren’s multi-decade career has taken him from the halls of Yale and Oxford to the corridors of the White House under four different presidents, and to the inner sanctums of global corporations.

He was an advisor to the secretary of defense and the White House National Security Council with President Kennedy, and senior aide to Presidents Johnson, Nixon, and Ford. He also served on the US Senate Finance Committee. Under Nixon and Ford, he also served as chief US trade negotiator with the rank of ambassador.

In 1975, Dr. Malmgren left government service. Although several other presidents have asked him to return to public service, in recent years, he has instead served as a strategist for heads of global corporations, financial institutions, and several government leaders and finance ministers in Europe and Asia.

He was also appointed Woodrow Wilson fellow at the Smithsonian Institution, and in 1998, co-founded the Cordell Hull Institute with former Secretary of State Lawrence Eagleburger, serving as its chairman until 2008. He currently serves as president of Malmgren Global LLC, advisors to global institutional asset managers.

A graduate of Yale and Oxford, Dr. Malmgren began his career as a professor of economics. He studied under some of the world’s most prominent economists, including eight Nobel Laureates.

Over the years, he has published many papers on world trade, financial markets, and security and defense issues. Dr. Malmgren is an in-demand speaker on global finance, the problems with traditional economic forecasting methodologies, and geopolitics.

Dr. Philippa Malmgren (@DrPippaM on Twitter and social media) helps companies, investors, policymakers and the public better understand the interplay between politics, policy, geopolitics and economics. She is a regular commentator and guest anchor on CNBC, BBC, Bloomberg and Sky News. She also appears on popular radio shows like The Jerry Doyle Show. In 2015 her book Signals: the Breakdown of the Social Contract and the Rise of Geopolitics became a best-seller on Amazon in four categories after being crowdfunded on Indigogo (249% of the target in just 15 days). The updated version of Signals will be published by Weidenfeld & Nicholson in June 2016. The Chinese paid a near record price for the translation rights In April 2015 she also wrote “Geopolitics for Investors” which was commissioned by the CFA. She founded DRPM Group, an economic advisory firm whose clients include investment banks, fund managers and hedge funds as well as Sovereign Wealth Funds, pension funds, global corporations and family offices.

She has an especially strong view on the importance of manufacturing in modern economies and cofounded H-Robotics, which manufactures commercial drones. She won the 2015 Intelligence Squared Robotics debate that the BBC broadcast to 80m people. Harpers Bazaar filmed her for their Women at Work series in December 2015. She serves on several advisory boards and working groups: Real Vision TV, the British Ministry of Defence Working Group on Global Strategic Trends, the Greater London Authority Infrastructure Advisory Board, MIT Media Lab Food Project and Indiana University School of Public Policy and Environmental Affairs as well as the Indiana University Manufacturing Initiative. She is a Governor and member of the Council of Management of the Ditchley Foundation which encourages global dialogue on policy issues.

She also briefs Britain’s top military leaders in the British Army Generalship Program. She has attended the Federal Reserve’s Jackson Hole Meeting for more than ten years. She served as financial market advisor to the President in the White House and on the National Economic Council from 2001-2002. She was a member of the President’s Working Group on Financial Markets and the Working Group on Corporate Governance through Enron and 911. Having a military history background, she was asked to work on terrorism risks to the economy after 911. She was the Deputy Head of Global Strategy at UBS and the Chief Currency Strategist for Bankers Trust. She headed the Global Investment Management business for Bankers Trust in Asia. In 2000 The World Economic Forum in Davos named Dr. Malmgren a Global Leader for Tomorrow. She is a popular speaker at conferences across a wide range of industries on behalf of The Financial Times, The Economist, Institutional Investor, The Millken Conference and diverse global firms. She has written for Wired Magazine, The International Economy, Economia, and Monocle. She writes a column for Rev Grand Prix Journal about F1 technologies and the real economy. Newsweek has asked to publish excerpts of her book. She has a B.A. from Mount Vernon College and a M.Sc. and Ph.D. from the London School of Economics. She completed the Harvard Program on National Security, briefed The Office of Net Assessment at the Pentagon and participated in the Pentagon’s Joint Civilian Orientation Conference (JCOC). In July 2016, she will be the keynote speaker for the London School of Economics graduation ceremony. She is a member of the Council on Foreign Relations, Chatham House, The Institute for International Strategic Security and the Royal Geographical Society.