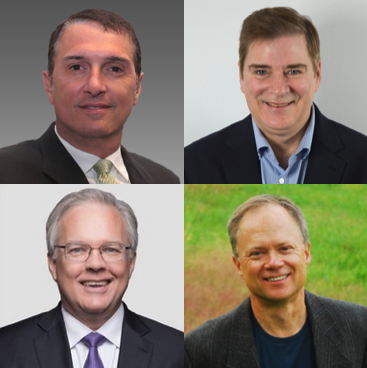 Jim Bianco is President and Macro Strategist at Bianco Research, L.L.C. Since 1990 Jim’s commentaries have offered a unique perspective on the global economy and financial markets. Unencumbered by the biases of traditional Wall Street research, Jim has built a decades long reputation for objective, incisive commentary that challenges consensus thinking. In nearly 20 years at Bianco Research, Jim’s wide ranging commentaries have addressed monetary policy, the intersection of markets and politics, the role of government in the economy, fund flows and positioning in financial markets.

Jim appears regularly on CNBC, Bloomberg and Fox Business, and is often featured in the Wall Street Journal, Bloomberg News, Grants Interest Rate Observer, and MarketWatch. Prior to joining Arbor and Bianco Research, Jim was a Market Strategist in equity and fixed income research at UBS Securities and Equity Technical Analyst at First Boston and Shearson Lehman Brothers. He is a Chartered Market Technician (CMT) and a member of the Market Technicians Association (MTA). Jim has a Bachelor of Science degree in Finance from Marquette University (1984) and an MBA from Fordham University (1989).

MIke is an economic blogger writing since 2003, now at https://moneymaven.io/mishtalk/

Ben Hunt is the Chief Investment Officer at Second Foundation Partners, a consultant for large institutional investors, and the author of Epsilon Theory, a newsletter and website that examines markets through the lenses of game theory, history and nature. Over 100,000 professional investors and allocators across 200 countries read Epsilon Theory for its fresh perspective and novel insights into market dynamics. In prior positions, Ben has managed a billion dollar hedge fund and served as Chief Strategist for a $13 billion dollar asset manager. He has a Ph.D. from Harvard University, was a tenured Political Science professor, and has co-founded three technology companies. Ben spends lots of time on a family owned farm, which inspires many original ideas on the parallels between human and animal behavior.

Chris Martenson, PhD (Duke), MBA (Cornell) is an economic researcher and futurist specializing in energy and resource depletion, and co-founder of PeakProsperity.com (along with Adam Taggart). As one of the early econobloggers who forecasted the housing market collapse and stock market correction, Chris rose to prominence with the launch of his seminal video seminar: The Crash Course (also published in book form, Wiley, March 2011). It's a popular and well-regarded distillation of the interconnected forces in the Economy, Energy and the Environment (the "Three Es" as Chris calls them) that are shaping the future, one that will be defined by increasing challenges to growth as we have known it. Of course, such warnings need solutions, which is why he and Taggart published the manual Prosper! How to Prepare for the Future and Create a World Worth Inheriting (RDA Press, November 2015). In addition to the analysis and commentary he writes for millions of readers at his site PeakProsperity.com, Chris' insights are in high demand by the media as well as academic, civic and private organizations around the world, including institutions such as the UN, the UK House of Commons and US State Legislatures.