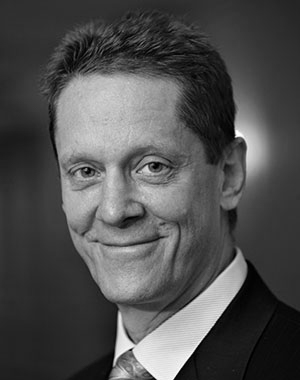 For more than 25 years, Robert M. Friedland has been recognized by leaders of the international financial sector as an entrepreneurial explorer, technology innovator and company builder. He has played key leadership roles in several world-scale mineral discoveries and mine development projects including the Voisey’s Bay nickel discovery in Canada and the Oyu Tolgoi copper-gold discoveries in Mongolia.

Today, Robert is Executive Co-Chairman of Ivanhoe Mines, focused on advancing its three principal projects: the Kamoa-Kakula Copper Mining Complex and the historic Kipushi zinc- copper-germanium-silver mine in the DRC, and the Platreef palladium-platinum-nickel-copper- gold discovery in South Africa. He is the Chairman and co-founder of I-Pulse, a private company that is commercializing proprietary, pulsed-power technologies aiming to achieve disruptive outcomes across numerous industries, as well as the Executive Chairman of Ivanhoe Electric that develops mines from mineral deposits principally located in the USA to support American supply chain independence. Ivanhoe Electric's two main projects are the Santa Cruz copper project in Arizona and the Tintic copper-gold project in Utah.

Mr. Friedland was the Director, Chairman and President of Ivanhoe Pictures, Inc. from May 2013 to December 2021, and a Director since December 2016, and Chairman, since June 2018, of VRB Energy. As one of the most recognized mining personalities and achievers in the world, Mr. Friedland is dedicated to serving on numerous boards in the natural resources sector. These positions include serving as a Co- Chairman and Director of Sunrise Energy Metals Limited (formerly Clean TeQ Holdings Limited) since September 2016, a Director of I-Pulse since April 2008, and a Director of Kietta SAS since November 2009. From June 2020 to June 2021, Mr. Friedland served as Chairman of Gold X Mining Corp., which was acquired by Gran Colombia in June 2021, at which time Mr. Friedland left the board of directors. Mr. Friedland founded Ivanhoe Capital Acquisition Corp., a NYSE-listed special purpose acquisition corporation that completed its merger with SES AI Corporation (“SES”), a lithium-metal battery developer, in February 2022. He continues to serve as a director of SES.

Robert was inducted into the Canadian Mining Hall of Fame in 2016, cited as “a dynamic, transformative force in the Canadian and international mining industries.

Mr. Friedland graduated with a degree in political science from Reed College and currently resides in Singapore.