Dr. Ben Hunt: Macroeconomics viewed through the lens of Game Theory and History 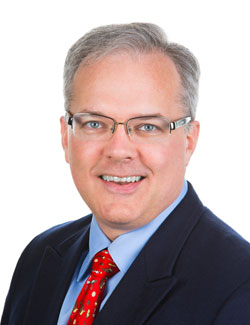 Get embed code for this episode. | For other embed code options click here. | audio Download the MP3 File (35.28 MB) .

Ben Hunt is the chief risk officer at Salient and the author of Epsilon Theory, a newsletter and website that examines markets through the lenses of game theory and history. Over 100,000 professional investors and allocators across 180 countries read Epsilon Theory for its fresh perspective and novel insights into market dynamics. Dr. Hunt is frequently a featured contributor to a wide range of investment publications, from Institutional Investor to ZeroHedge.

Dr. Hunt received his Ph.D. in Government from Harvard University in 1991. He taught political science for 10 years at New York University and (with tenure) at Southern Methodist University. Dr. Hunt wrote two academic books: Getting to War (Univ. of Michigan Press, 1997) and Policy and Party Competition (Routledge, 1992), which he co-authored with Michael Laver. Dr. Hunt is the founder of two technology companies and the co-founder of SmartEquip, Inc., a software company for the construction equipment industry that provides intelligent schematics and parts diagrams to facilitate e-commerce in spare parts.

Dr. Hunt began his investment career in 2003, first in venture capital and subsequently as a portfolio manager of two long/short equity hedge funds. He worked at Iridian Asset Management from 2006 until 2011 and TIG Advisors from 2012 until 2013. Dr. Hunt joined Salient in 2013 as chief risk officer, where his responsibilities include assisting with investment strategy development for the firm, as well as traditional risk management duties. Dr. Hunt combines his practical experience as a portfolio manager, risk manager, and entrepreneur with academic expertise in game theory and econometrics to provide a unique perspective on investment risk and reward on behalf of Salient and its clients.