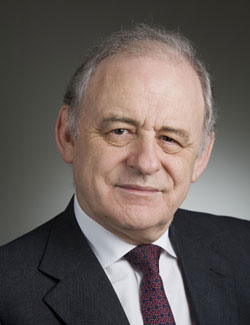 Get embed code for this episode. | For other embed code options click here. | audio Download the MP3 File (34.49 MB) .

Before co-founding Llewellyn Consulting, John was Global Chief Economist and then Senior Economic Policy Advisor at Lehman Brothers. This followed almost twenty years at the Organisation for Economic Cooperation and Development (OECD) in Paris, where variously he was Head of International Forecasting and Policy Analysis, Editor of the OECD Economic Outlook, Deputy Director for Social Affairs, Manpower and Education, and finally Chef de Cabinet to the Secretary-General. Prior to that he spent nearly ten years at the Faculty of Economics of the University of Cambridge, and he was also a Fellow of St. John’s College.

John earned his undergraduate degree at the Victoria University of Wellington, New Zealand, and his doctorate at the University of Oxford. He has published widely.