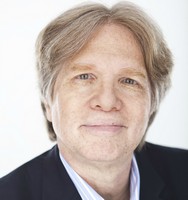 Get embed code for this episode. | For other embed code options click here. | audio Download the MP3 File (38.78 MB) .

David S. Rose is an Inc. 500 CEO, serial entrepreneur and angel investor, who has founded or funded over 100 pioneering companies. He has been described by Forbes as "New York's Archangel", by BusinessWeek as a "world conquering entrepreneur", by Crain's New York Business as "the father of angel investing in New York", and by Red Herring magazine as "patriarch of Silicon Alley". He is the New York Times best selling author of The Startup Checklist: 25 Steps to a Scalable, High-Growth Business, and Angel Investing: The Gust Guide to Making Money & Having Fun Investing in Startups.

From his initial involvement with the first online communities in the 1970s, through founding one of the first personal computer training companies in the 1980s, one of the first wireless data information networks in the 1990s, and the first global angel investing platform in the 2000s, David has been at the forefront of innovation in business and technology.

He is also Managing Director of Rose Tech Ventures; Founder and Chairman Emeritus of New York Angels; and Founding Track Chair for Finance and Entrepreneurship at Singularity University, the Google/NASA-sponsored post-graduate program in exponential technologies.

David is Chairman of Board of Social Bicycles and Waywire.com, serves as a director of KoolSpan; TekServe and the NY Tech Meetup, and is an active early stage investor in companies including LearnVest, RealtyMogul, Space Adventures, and Moven.

David is well known in the business startup community for discovering and mentoring high-potential entrepreneurs, and has been profiled by BusinessWeek as "The Pitch Coach" for his ability to help CEOs perfect their fundraising skills. He is a regular speaker at the TED conferences, and his TEDtalk on How to Pitch a VC has been viewed nearly a million times. He lectures at business schools including Yale, Harvard, Columbia, Pace, and Stevens, and was named Mentor of the Year by NYU's Stern School of Business.

Prior to founding AirMedia Corporation in 1988, for which he served as CEO for over ten years, his career included over fifteen years in real estate development, government, teaching and urban planning. David was co-founder and Chairman of The Computer Classroom and Vice President at Rose Associates, Inc. Earlier, he served as Deputy Director of the New York office of US Senator Daniel Patrick Moynihan.