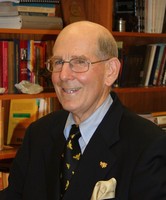 Get embed code for this episode. | For other embed code options click here. | audio Download the MP3 File (30.29 MB) .

Dr. Shilling is President of A. Gary Shilling & Co., Inc., economic consultants, and publisher of INSIGHT, a monthly report of economic forecasts and investment strategy. He also is an Investment Adviser Representative, managing institutional and individual client investment portfolios. He has been a Forbes magazine columnist since 1983 and writes the “Financial Strategy” column. He also is an online columnist for Bloomberg View, and is on Investment Advisor magazine’s panel of investment strategists. He appears frequently on business shows on radio and television, including RBCTV.
He graduated from Amherst College A.B. in Physics, magna cum laude, Phi Beta Kappa, and Sigma Xi, and earned his M.A. and Ph.D. in economics at Stanford University. While on the West Coast, he served on the staffs of the Federal Reserve Bank of San Francisco and the Bank of America. Earlier, as a high school senior, he ranked twelfth in the nation in the Westinghouse Science Talent Search.

Before establishing his own firm in 1978, Dr. Shilling was Senior Vice President and Chief Economist of White, Weld & Co. Earlier he set up the Economics Department at Merrill Lynch, at age 29, and served as the firm’s first chief economist. Prior to Merrill Lynch, he was with Standard Oil Co. NJ (now ExxonMobil).
His seventh book, The Age of Deleveraging: Investment strategies for a decade of slow growth and deflation, was published by John Wiley & Sons in late 2010. That followed his sixth book, Letting Off Steam – a collection of commentaries on matters great and small, complex and mundane, serious and frivolous, and its 2013 sequel Letting Off More Steam. His five earlier books covered the economic outlook and related investment strategies.
Twice, the Institutional Investor magazine ranked Dr. Shilling as Wall Street’s top economist and Futures Magazine rated him the country’s number one Commodity Trading Advisor. In 2003, MoneySense Magazine, named him the third best stock market forecaster in the world, right behind Warren Buffett. He is recognized as an effective and dynamic speaker.

He is on a number of charitable boards and is an avid beekeeper.