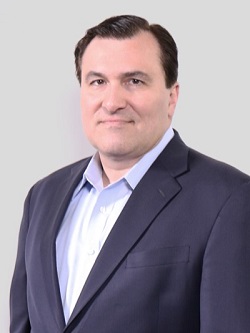 Joseph McMonigle is president and co-founder of The Abraham Group LLC, an international strategic consulting firm focused on the energy sector and based in Washington, D.C.

In addition, Mr. McMonigle is a senior energy analyst at Hedgeye Potomac Research providing research and analysis to mutual funds, pension funds and hedge funds regarding the impact of legislation, regulation, policy & geopolitics on energy markets, industries and companies.

Previously, Mr. McMonigle served as Chief of Staff at the U.S. Department of Energy, a cabinet department with a $23 billion budget and over 100,000 federal and contractor employees (2001-2005). In this role, he had direct responsibility for the public affairs office, speechwriters, legislative and political activities and was also the chief liaison to the White House. He also provided advice to the Secretary on a broad range of topics including international affairs, budget and legal issues. Mr. McMonigle also served as the American co-chair of the U.S.-China Energy Cooperation Working Group and led DOE’s bilateral activities and engagement with China.

In addition, Mr. McMonigle is the former Vice Chairman of the Paris-based International Energy Agency, an international organization of oil consuming countries, whose core mission is to work for stable energy markets and respond with joint measures to meet oil supply emergencies.  He also served concurrently as U.S. Representative to the IEA (2003-2005).

Before joining the Bush Administration, Mr. McMonigle was the administrative assistant and general counsel to a United States Senator.  He also served as a communications director and press secretary in various campaigns and in the Senate.  He was elected by his peers to serve two terms as President of the U.S. Senate Press Secretaries Association, a bi-partisan organization of Senate press secretaries and communications directors.

Mr. McMonigle is also an attorney and member of the Energy Bar Association as well as the Pennsylvania and District of Columbia bars. He is also a member of the National Press Club.